Boise joins from industrial power components manufacturer Eaton Corp., where she was the top lawyer. She will take over from Intel’s longtime legal chief Steven Rodgers, who retired May 31 after more than 22 years running the law department at the Santa Clara, Calif.-based company.

“Intel has been at the forefront of innovation, technology, and global business for decades, cultivating a world-class legal, trade, and government affairs organization,” said Miller Boise in a statement.

“April is the rare combination of innovative business leader and talented attorney,” Gelsinger said in a statement announcing her hire.

Miller Boise is a co-founder of the Black General Counsel 2025 Initiative. The project aims to have Black law department leaders in at least 5% of Fortune 1000 companies within the next three years. 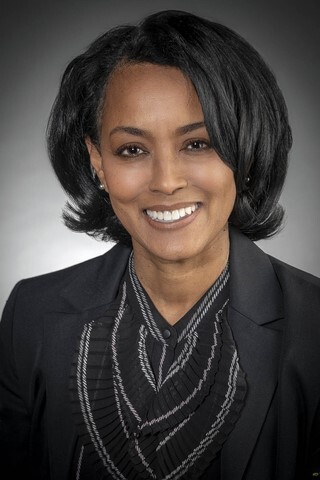 Miller Boise also has also spoken out on how corporate law departments coping with budget cuts should push their legal services providers to adapt to changing times.

“The model where law firm rates increase every year, year after year, is broken,” she told Bloomberg Law last year.

Eaton spokesman Kurt Eyman said the company has yet to name Miller Boise’s successor. She was not one of Eaton’s six highest-paid executives last year, according to an annual proxy statement.

Eaton is based in Dublin, Ireland, with a secondary headquarters in Beachwood, Ohio, the Cleveland suburb where Miller Boise once led the local office of Thompson Hine. The law firm is a supporter of the Black General Counsel Initiative.

Securities filings show that Miller Boise sold off $1.7 million in Eaton stock on May 27. She still owns nearly that same sum in Eaton shares, per Bloomberg data.

Rodgers, her predecessor at Intel, is one of the highest-paid law department leaders. He currently owns more than $4.8 million in company stock, having sold off nearly $1.8 million in Intel shares within the last year, according to securities filings.

Intel disclosed in its most recent proxy filing that Rodgers received a 2021 pay package valued at more than $10.4 million, including nearly $3.2 million in cash and more than $6.5 million in stock awards.

The document also disclosed details about Intel’s commitment to diversity and inclusion, which extends to the company’s supply chain and other vendors.

“Continuing in 2022, we will only retain or use outside law firms in the US that are above average on diversity for their equity partners,” the filing said. “We are applying a similar rule to firms used by our tax department, including nonlegal firms.”

To contact the reporter on this story: in New York at bbaxter@bloomberglaw.com

To contact the editors responsible for this story: at copfer@bloomberglaw.com; John Hughes at jhughes@bloombergindustry.com